The use of submersible mixer improve the pollutant drainage efficiency!

Urban sewage pump in pipeline is a kind of cleaning device, but the principle of pump is somewhat similar to the pump flow booster or a stirring device. And they all have in common a dedicated motor and impeller, energy transport through the motor so that the impeller to rotate and thus play a role in stirring and plug-flow, which is currently the main use of sewage pumps and submersible mixers mixer, to introduce the following click one of submersible mixer.
Generating means are stirring for mixing and subsequent filtration media played a role in the regulation when it comes to this mixer, in fact, the current submersible mixer is typical devices. The device we are not very clear, in fact, it is the use of some means of sewage in the pool, the main role is in the pool, on the media mixing and stirring, so that the media will not settle down. For discharging the medium of impurities is very meaningful thing. And this was stirred diving equipment, since the jet also has a certain effect, it is also known as submersible flow boosters. For sewage treatment subsequent steps, this submersible mixer is still needed, which is a manifestation of improving filtration and sewage. 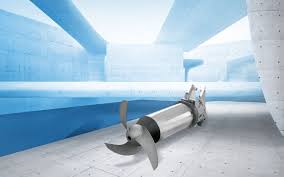 What you can read next

Causes of cavitation in Pump

Nanjing lanshen Pump Corp.LTD., founded in 1958,after 50 years of development, is now a registered capital of 50 million yuan, with assets exceeding 400 million yuan, accounting for area of 280 acres. China’s first submersible sewage pump and mixer in the birth and to fill the gap. Currently has a centrifugal pump, switch type electric control, water treatment equipment for mass production of special machines ability to produce its own sewage plant and pumping station for more than 70% of the equipment.